The Australian climate has always posed a challenge for the performance of softwood framing, particularly in areas facing extremes of temperature and dry winds. Both Radiata Pine and imported framing have stability issues when exposed to extreme climatic conditions at frame stage. For many years the industry has sought a highly stable and consistently performing framing solution. The Tilling Group has recently introduced an engineered wood product that provides a stable, straight and consistent solution to this challenge.

The Red Alert Wall LVL 12 has been introduced to the Tilling SmartFrame range and can provide the stability benefit that builders need. There is also a segment of premium and commercial builders that are demanding high quality framing in more challenging structural applications. The stability of Red Alert eliminates the need for packing and straightening during the build. Red Alert Wall can save time on projects where this is a priority.

Red Alert Wall can substitute for MGP 10 and MGP 12 and its increased capacity may allow for wider stud spacing and smaller jamb studs. These benefits mean that the use of LVL in place of pine framing in projects has the potential to be cost neutral.

Leon Quinn, National Sales and Marketing Manager from the Tilling Group, says “Whilst the Red Alert Wall LVL 12 will always be at a higher price point than softwood framing, some builders have a need for higher performing, more stable, engineered framing, and don’t mind paying a premium for this.”

Red Alert Wall is already performing on building sites throughout QLD and Victoria. Early feedback from both fabricators and builders alike has been extremely positive. The striking red wall framing stands out on the building site as the mark of a quality build.

With the addition of this Red Alert Wall, Tilling SmartFrame continues to provide more choice to the builder as well as the Frame and Truss Fabricator.

Please contact your Tilling representative for more information on this exciting new product. 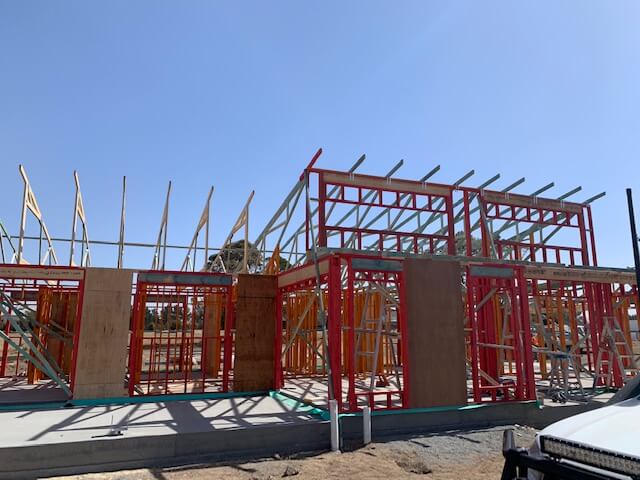 Home
About Us
Contact Us
Find a Member
Sponsors