Introducing Carbon Warrior – a project created by the Frame and Truss Manufacturers Association of Australia (FTMA) to help tackle the fight against climate change. Together, building operations and construction account for nearly 40% of global energy-related CO2 emission. Studies show that by using renewable materials, the building and construction industry can significantly reduce this number and help slow down the effects of climate change.

Carbon Warrior aims to help Create a Greener Future. How? By minimising the negative impacts, the building and construction sector has on climate change.

This project will show the urgency and importance of climate action within the built environment.

One of the easiest ways you can make a difference is through the choice of materials and currently timber is the most prominent and versatile building material that provides an answer to the climate crisis.

In fact, according to the UNEP’s International Resources Panel, emissions from the material cycle of residential buildings in the G7 and China could be reduced by at least 80 per cent in 2050 through a series of material efficiency strategies.

Governments and industry coalitions should craft narratives that promote good practices, such as the use of digital information systems for building operations and energy use, effective data collection, or the use of traditional low-carbon materials.

Through the Carbon Warrior project, FTMA will address this key action, as the project aims to craft a narrative that promotes the use of traditional low-carbon materials, i.e., timber. Through mainly the use of social media, particularly Instagram, the project aims to broaden the awareness of the benefits of biomaterials, particularly timber. The Carbon Warrior social media accounts will post facts and case studies from around the world that highlight the importance of timber in the fight against climate change.

Across the world, timber is being recognised for its ability to fight climate change.

At the recent COP26, many architects spoke about the importance of using timber in construction now and in the future.

This month, the city of Amsterdam signed the Green Deal Timber Construction, which mandates that 20% of all new housing projects in the Dutch capital must be constructed with wood or other biobased materials from 2025.

It is intended that by increasing the use of timber in the city’s construction projects, reliance on steel and concrete will be reduced, both of which emit substantial amounts of CO2. As a result, the city of Amsterdam is predicted to achieve climate neutrality by 2050.

According to the Amsterdam Institute of Advanced Metropolitan Solutions (AMS Institute) this move will lead to an annual reduction of approximately 220,000 tons of CO2 (equivalent to the average emissions of 22,000 households).

Last year, the French government unveiled plans for a sustainability law that will require all new public buildings to be constructed with at least 50% wood or other natural materials.

The decision to introduce the sustainability law encouraging the use of biobased materials was launched by the construction of the 2024 Paris Olympics complex, where any building in the development that rises more than eight storeys will be built entirely from timber.

The City of Helsinki in Finland has wood requirements in several district zoning projects.

The district zone of Honkasuo is a new community that utilises wood to the fullest as all local buildings are made of wood – now and in the future. Another zoning regulation in requires buildings to have a primarily wooden structure and to apply the principles of low-energy construction.

Additionally, Helsinki has built ‘Wood City’, a new sustainable urban quarter in Jätkäsaari Helsinki, that is formed almost entirely with timber. Wood City combines Finnish wood construction with sustainable design and includes two residential buildings, an office building, a hotel (to be completed in 2023) and a parking garage.

Carbon Warrior will shine a light on different projects and initiatives, like the ones mentioned above, that show the importance of timber when tackling the climate crisis.

The biggest investment an average person will make in their life is their house, but did you know, the biggest impact a person can have on climate change is also their house.

So be a carbon warrior, choose renewable materials. 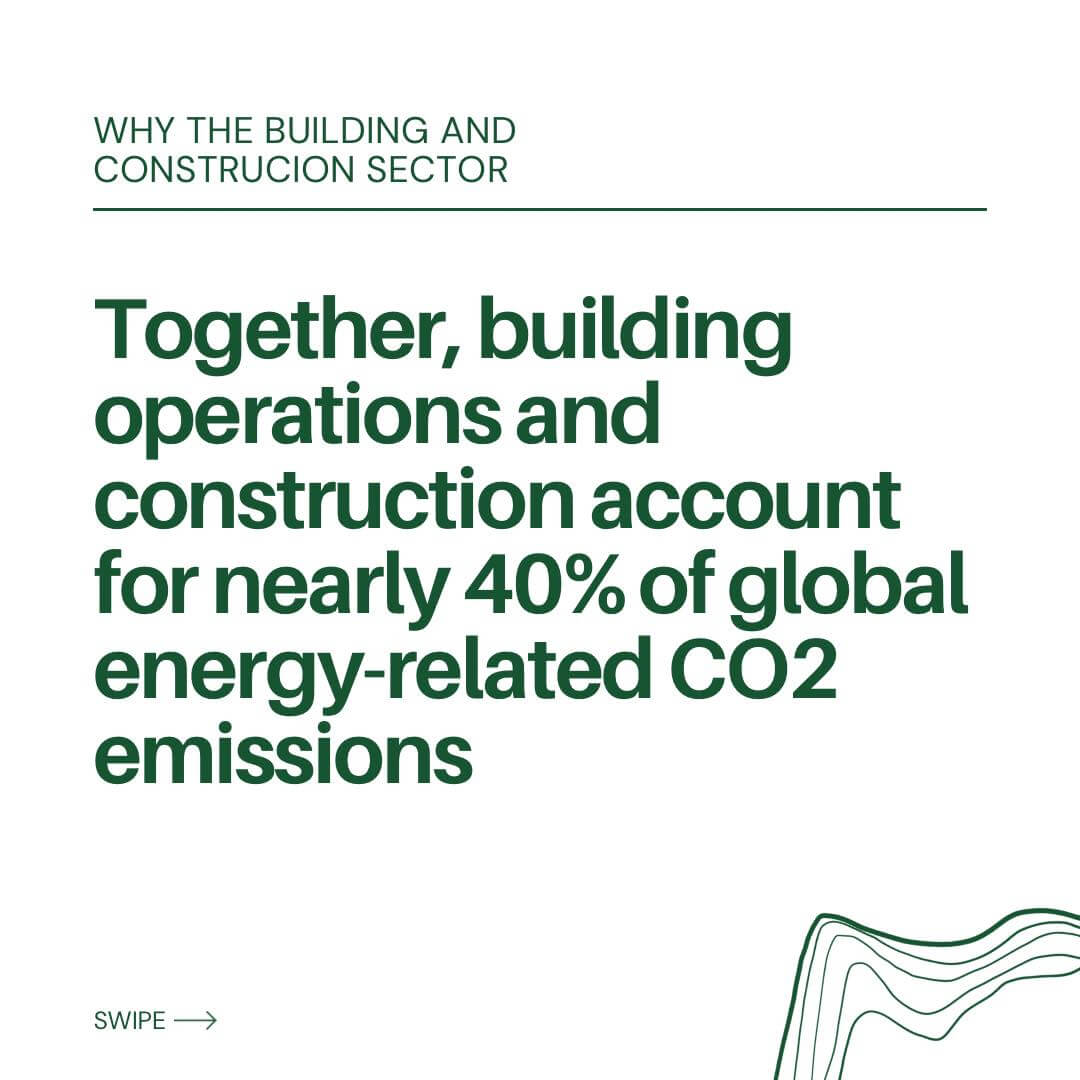