FTMA has just completed the 2022 FTMA National Fabricator Census which has provided a great insight into our sector. The final copy of the Census will be provided to all FTMA Members and fabricator non-members.

FTMA believes this aggregated data is important for planning our future and it also helps paint a picture of our industry when lobbying different levels of Government.

If you require further information on the 2022 FTMA National Fabricator Census, please contact me at kersten@ftma.com.au, otherwise we would like to sincerely thank the 160 fabricators for providing this aggregated data.

The report provides a detailed analysis of the 2022 FTMA census. Overall, it had a fantastic completion rate with over 160 plants(60% of entire industry) across each state in Australia taking part with the bulk of the plants surveyed operating in the Eastern states. Due to data privacy, when reporting at a state level, this report has combined ACT and NSW as well as QLD and NT.

At a high level, workforce size has not changed dramatically since the last census, with each plant having an average of 28 employees up from 27. In addition to this, approximately three quarters of the workforce is currently permanent, with around two thirds of all employees working in the factory department. Aboriginal and Torres Strait Islanders make up 2.9% of the total workforce, which is up from 2.7% in the previous census. The percentage of employees with disabilities and employees aged over 45, however, are down from 1.7% to 1.6% and 33% to 29% respectively.

Around 70% off the work currently being done is new detached dwellings however approximately 63% of plants operate in at least three market types including townhouses and renovations. Cassette floors are only offered in 9% of plants but around 20% of additional plants are looking to move into this product in the future. Similarly, off-site prefabrication looks to be another large growth area. Around three quarters of plants do not appear to have interest in introducing lightweight steel framing to their offering.

Around half of all plants surveyed do not have succession plans for their business. Interestingly, the percentage of businesses that are planning to sell and the percentage that are planning to buy are very similar to each other, both sitting around 15%. There is a large amount of fear around builders defaulting with over 75% of plants expressing their concern. Of these concerned plants, only one third of them have already been impacted by defaulting. 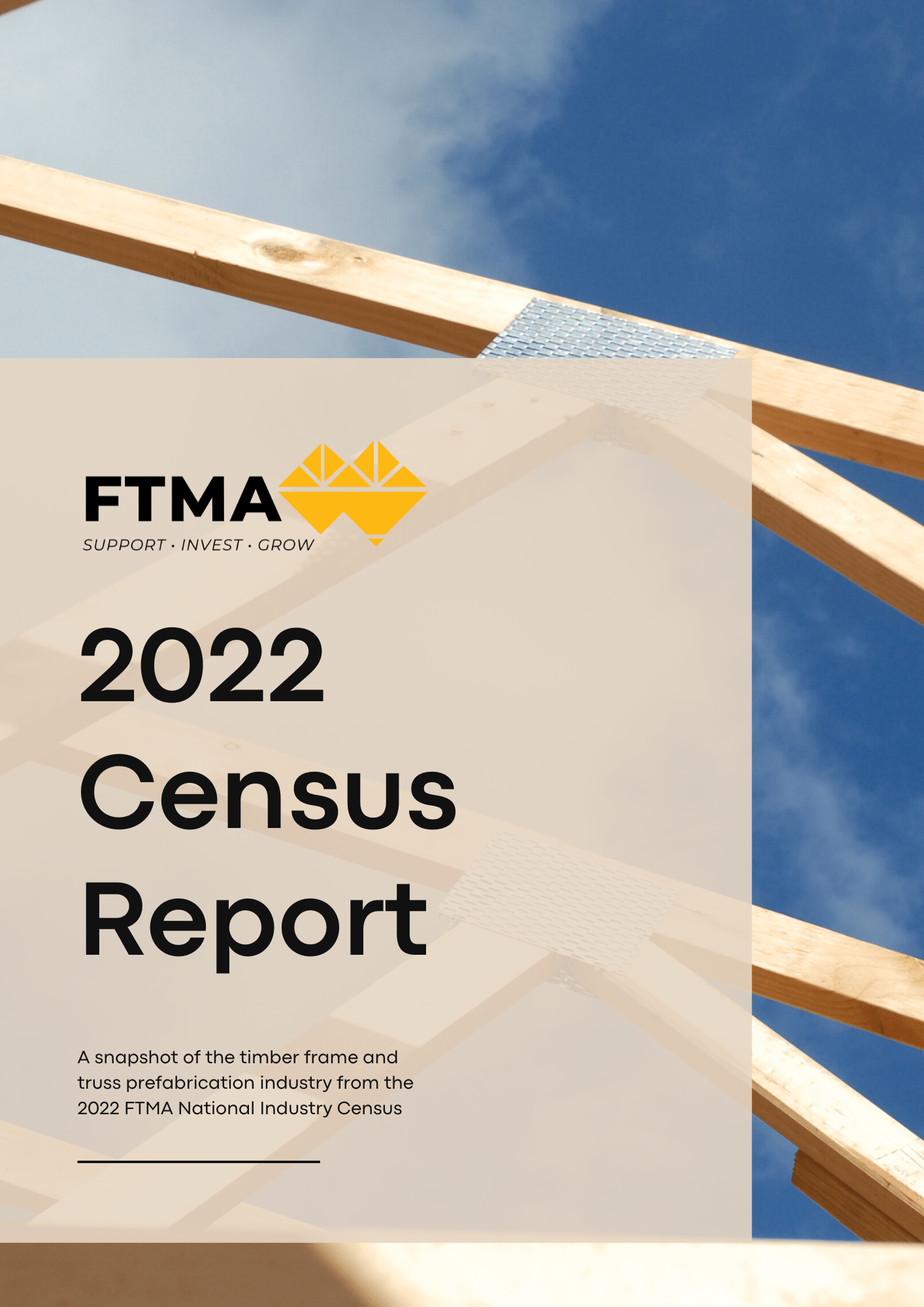