Framing at a Sprint

Prefabricated timber frames have been a part of our industry for a long time now, but with the changing skillset being used on building sites and the adoption of new building styles and sectors, the need for increased framing production is rising at a frantic pace.

This article will overview a number of new saws now tested and available to improve the cutting of frame members.

So to start let’s just deal with the tyranny of prefabricated frames upfront; They have lots of members in them, far more than trusses, and often the tolerance of these members are tighter than roof trusses. What does this mean in plain speaking? Lots of bits, lots of cutting, lots of marking / printing and lots of assembly.

Of the 300+ truss plants in Australia there are likely 300+ different ways to build a frame from end-to-end. Everyone has a way to do it that differs slightly, but the one source-of-truth in all of these plants is, you can’t make it if it isn’t cut and labelled / marked properly.

Some fabricators choose to centralise cutting and distribute the cut members down the frame line via trolleys or conveyors, others have various cutting and sub-assembly stations along the frame line, but in all operations you can’t build it until you have cut it.

To assist fabricators of all size, Multinail’s machinery business, Spida, has developed a comprehensive range of saws with printers called the Sprint Range;

Opening the batting in the range is the Sprint Zero.

This downloadable length stop and printer has all the high end features of the larger saws in the range such as optimising, data download, ink jet marking, and various cutting features. You can get these high end features for a price that will surprise you. This machine has everything you need for wall production and we can even supply the drop saw or you can use one of your existing saws. 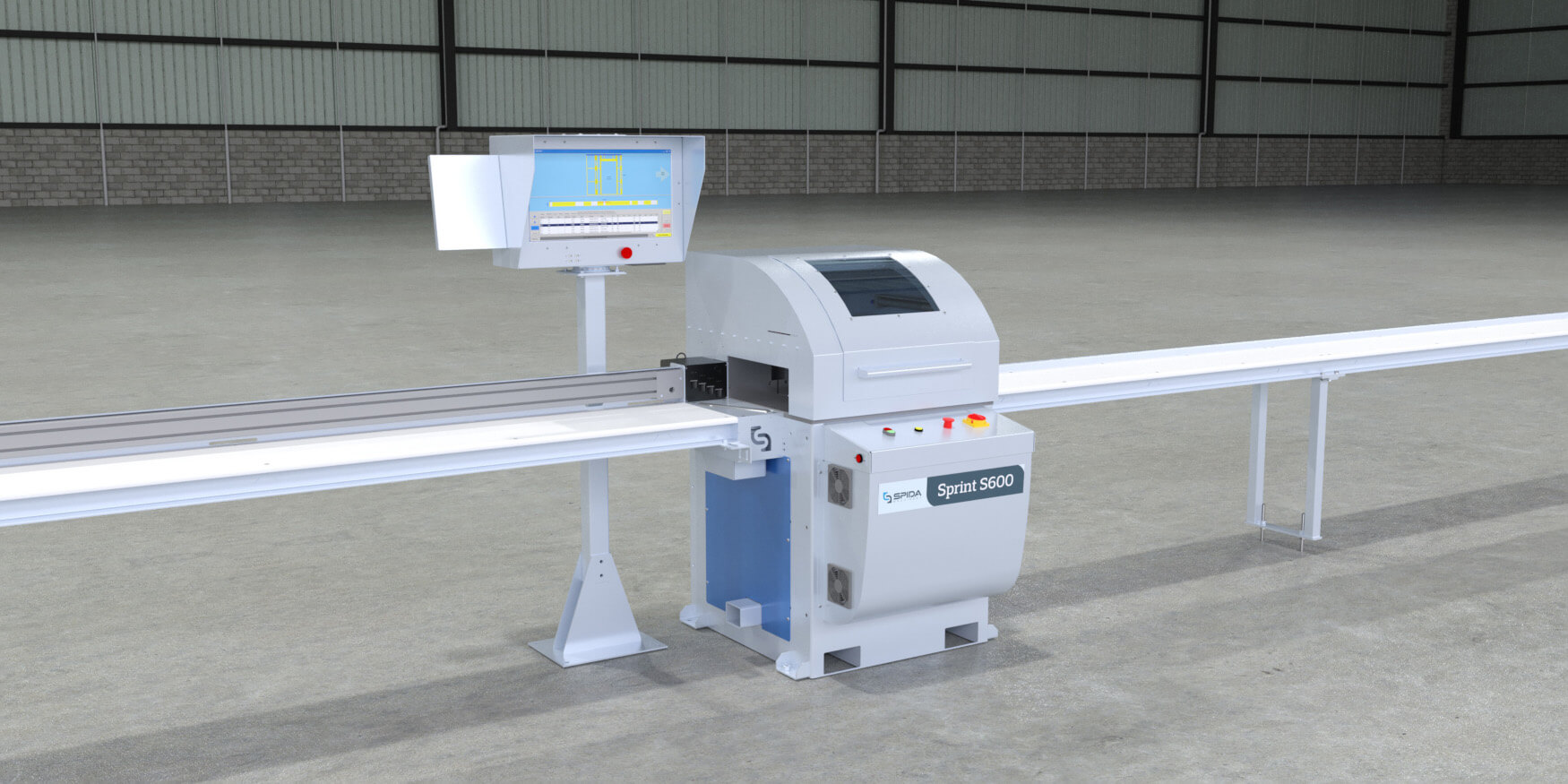 This integrated length, print and cutting station is ideal for large output of 90 degree cut members.

The accurate cutting and printing benefits of the Sprint 600 are not only felt at the cutting stage but also on the assembly line and ultimately in the finished product onsite.

At second drop is the Sprint M600.

This integrated length, print and cutting station shares its DNA with the S600 except for one large difference – the blade pivots to cut angles.

This means that all 90 degree and raked members can be processed at a single station.

This saw is a true all-rounder in every sense of the word.

Rounding out the top order is the Tornado M500.

Whilst this saw does not have “Sprint” in the name, it shares a lot of the DNA with its smaller siblings.

The Tornado is probably best described as the talented love child of the Sprint M600 and Multinail’s linear saw, the PieceMaker.

The Tornado is an economically priced fully optioned linear saw for frame members.

You can find more information on this saw range, and more, at www.spida.com/cuttingandmeasuring