This piece was written and provided by FTMA Bronze Sponsor, Hyne Timber.

With Australia’s demand for structural pine framing and engineered wood products at an all-time high, pressure has been on the timber industry to ramp up production to make products more available to the market.

But what happens when the log resources required isn’t available to produce the glulam beams the market is crying out for?

This is exactly what happened to Hyne Timber’s Glue Laminated Timber (GLT) products. 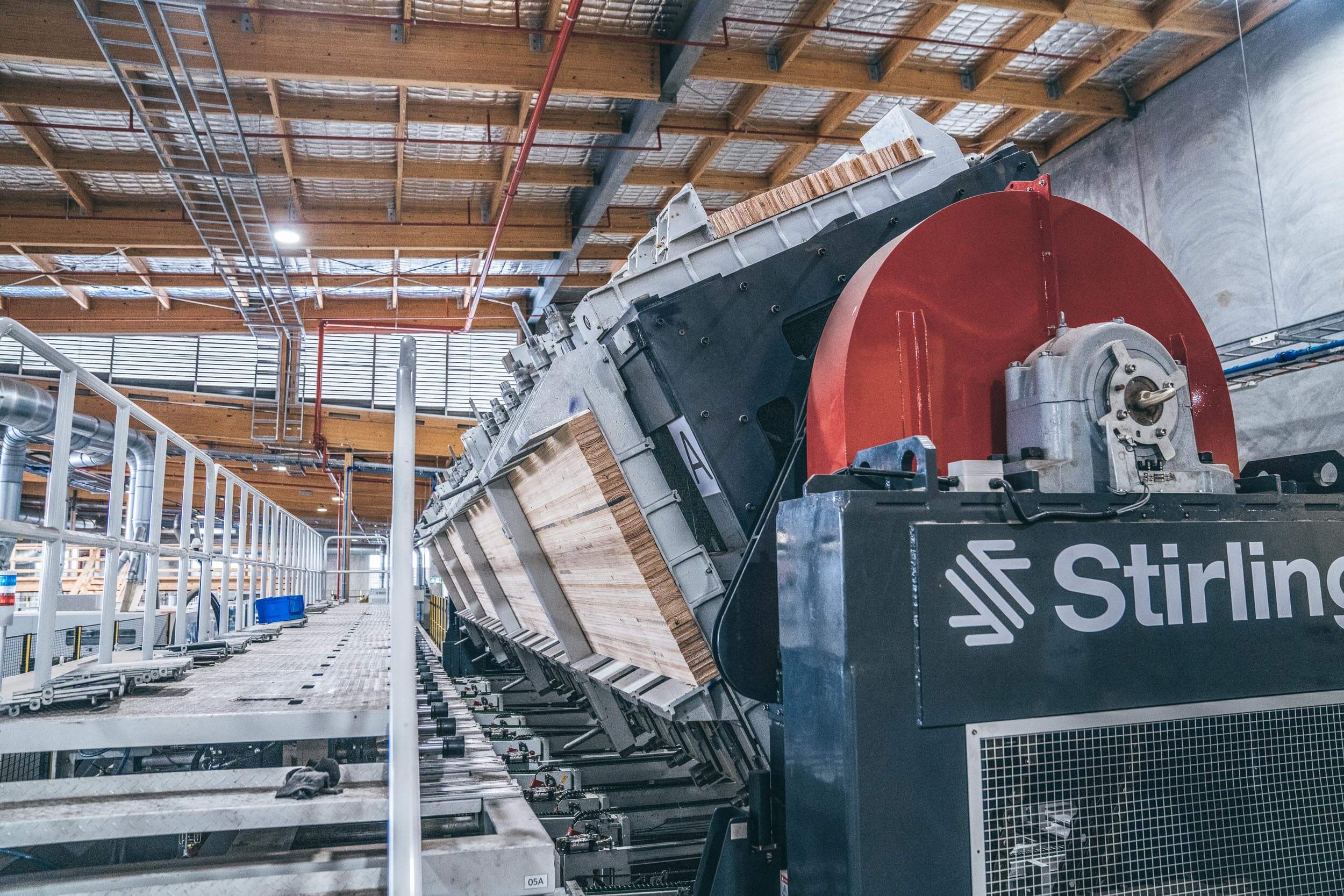 “We were in the same place as many other Australian timber businesses in 2021,” says Stefan Gerber, Engineering and Sales Manager GLT at Hyne Timber.

“Increasing production capacity with a new manufacturing plant was our original response to supply more glulam to the market, but we ran into issues stemming from the changing nature of our log resources.

As a natural resource, wood fibre is subject to the forces of nature and despite improvements to genetics and silvicultural treatment, the high-grade feedstock we recover from our sawmilling operations for GL17 beams has been steadily declining for the past 18 months or more.”

While our feedstock was on the decline, market demand was growing to unprecedented levels in response to the hugely successful ‘HomeBuilder’ stimulus.

And with Southern Pines taking a minimum of 28 years to mature before harvesting, waiting for new feedstock was not an option. Neither was undersupplying a market hungry for a high-grade product.

Over the course of 2020-21, Hyne Timber’s answer was to develop Beam 15 – a high-performance product that’s engineered to handle long spans and critical loads. It is an entirely new grade of GLT that’s more readily available for a record-breaking market.

“Beam 15 means we have increased availability, which is obviously important in a market with very high demand,” says Gerber. “It’s a high-performing product at a slightly lower MOE – the stiffness which governs most designs. The same sized beams can be used in many applications, yet we have much more feedstock fibre available so that we can better supply our customers.”

Langs Building Supplies Design Hub Operations Manager, Ashley Henkel, echoes the same sentiment, “The introduction of GL15 beams has increased availability and reduced lead times for our customers, allowing them to keep to their building schedule.”

Made using high-strength, custom graded laminates, each individual laminate undergoes thorough testing before bonding. This means that Hyne’s new Beam 15 not only looks identical, but it also performs closely to GL17 and can be used in almost all applications where GL17 is specified.

“The good news is Beam 15 performs very, very closely to a GL17,” Gerber says, “so in a high percentage of cases, it will do the same job. We received a lot of feedback on this from the design community. The difference is so minimal, yet it makes a huge difference in the availability of the timber we can use.”

Engineer and Optimum Structures’ Director, Enda Lyons, agrees stating that “with the new GL15 grade beam we are confident that what we are specifying is actually available for the builder to buy. Even better because this new beam can be used in most applications where we traditionally specified a GL17 beam.”

As a propriety product, it was necessary for Hyne Timber to place Beam 15 through a myriad of tests to ensure consistency in performance and compliance with the building code. The engineering team worked to create a recipe for a product that could reliably meet the needs and strength rating of a Beam 15.

Hyne’s in-house testing facility allows them to determine the effectiveness of each beam – from the glue bond strength to the treatment efficacy levels, to the strategic use of laminates in each beam. During the creation of what would become Beam 15, Hyne tested each possible combination for delamination, finger joint strength, stiffness, and sheer strength. Through these tests they were able to create a reliable method for consistent high-quality.

Once the team was confident in the repeatability of the beam’s properties, it was then subjected to an independent third-party testing program, which was overseen by the Engineered Wood Products Association of Australasia (EWPAA) with the assistance of Griffith University. 21 unique sample types and a staggering 312 individual beam samples were tested to establish key properties and structural performance.

Hyne Timber’s Beam 15 complies with the National Construction Code (NCC) and met the Australian standards in manufacturing and design – AS1328.1 and AS1720.1.

A full product technical statement is now available on their website, with Hyne Timber also offering their design software, Hyne Design, for free to customers looking for engineering solutions.

With the building industry demanding product and ongoing material shortages affecting build times, Beam 15’s presence in the market could not come soon enough. But it was by no means an easy feat to accomplish.

From conception through to launch, Hyne Timber invested significant resources to make Beam 15 a reality.

“It’s stretched everyone,” says Gerber. “With the launch plan for Beam 15, we’re in a good place, but it’s taken time. We can’t jump manufacturing capacity from one day to the next. We’ve had to build the new GLT manufacturing facility, we’ve moved into a large-scale warehouse at the Port of Brisbane to service southeast Queensland in a timely manner and tweak our NSW supply out of Newcastle and our Victorian distributors.”

With the supply challenges for building materials continuing in 2022 and the need for engineered wood products yet to reach its peak, Hyne Timber has endeavoured to safeguard their customers’ GLT supply requirements, without compromising on their renowned product quality.

To learn more about Hyne Timber’s Beam 15 and their extensive range of products, visit www.hyne.com.au.